You are using an out of date browser. It may not display this or other websites correctly.
You should upgrade or use an alternative browser.

Hello, I've recently started to take some grievances with a small portion of weapon names in the game. I know this is a small detail but these details add up. I will be breaking the needed name changes into three groups. "Need to happen, should happen, and could happen" which are ranked from most to least important. The Need to happen weapons are weapons that constantly cause confusion and don't make any sense within context of the game. If you would like to see any changes made to names, leave them down below and ill add them to the thread.

Rifle --> Scout
The Rifle is one the base weapons in TTT that has been in the game from the start. Although this weapon is an absolute staple within TTT, calling it "rifle" after introducing over 5 new snipers to the mode is confusing. When people say "rifle" or "sniper rifle" now you have to clarify you mean "The basic rifle" or "The rifle weapon" which sometimes leads to confusion.
Source for name: The rifle we know in TTT is from CSS, which is called the "Schmidt Scout" it's real life counterpart, the Steyr Scout, shares the same name.

Shotgun --> M3 Super or Nova
The shotgun suffers the same fate as the rifle, as being the name of entire class of weapons causes confusion at times.
Source for name: The "shotgun" is known by multiple names in it's original game, CSS. The "Leone 12 Gauge Super" is the original name for this weapon, but the real life counterpart is the M3 Super (Benelli) but the shotgun was replaced in CS:GO with the name "Nova"

Pistol --> Five-Seven
Once again, being the name for an entire class of weapons doesn't make sense...
Source for name: Once again this weapon comes from CSS where it is identified as the Five-SeveN

Mossberg --> Mossberg 500
The Mossberg, or Mossberg 500 as I should say is a problem waiting to happen. Mossberg isn't a make of gun, but rather the company who produces them. As of now only having one Mossberg weapon prevents this from being confusing, but simply adding the 500 it could deter any future confusion.
Source for name: After viewing Mossberg's products I believe the Mossberg 500 is the closest fit.

The Deliverer --> (Beretta) Px4
The name which originates from the unique variant of the gun doesn't make too much sense being used for all versions of the gun.
Source for name: Although I believe this weapon is actually modeled after the M9, we already have 2 variants of the M9 so that wouldnt work, instead I chose a stubbier more powerful pistol from the same maker.

The Patriot --> Colt 9MM SMG
Name also originates from an event crate where it doesn't make sense to call all variants that as well.
Source for name: User input, and similar look
Reactions: Zero

The SSG 08 essentially replaced the Scout in CS:GO but the scout is the CSS Version
(Seen here) 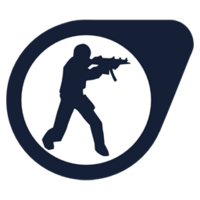 The Schmidt Scout is a sniper rifle featured in every game of the Counter-Strike series prior to Global Offensive, where it is replaced by the SSG 08. 1 Overview 2 Properties 3 Tactics 4 Appearances 5 Achievements 6 Bugs 7 Trivia 8 External links The Steyr Scout is a modern scoped bolt-action...

+1, Rifle, Shotgun, and pistol name changes.
It'd make the game a lot less confusing for dailies imagine if you got the "Pistol" daily.
And it means the 5-seven.
Same thing for rifle, and shotgun, ykw I mean.